FREEJUMP RIDERS: On all the front! 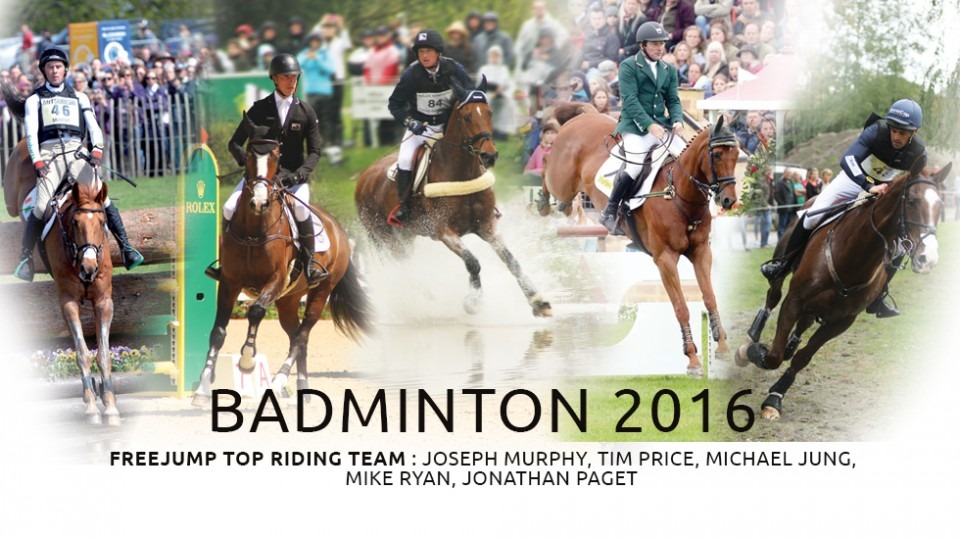 THEY DID NOT SURRENDER
On this 8th of May week-end, Freejump ambassadors did not capitulate nor stayed put !

The CCI 4* of Badminton complete the results' board, with a win from the giant Michael Jung (SOFT'UP PRO / LIBERTY XC) who had already been crowned the past week-end at the Kentucky Rolex CCI 4*, followed by Jonathan Paget (SOFT'UP PRO) and Tim Price (SOFT'UP PRO) 6th and 10th.

In a similar fashion our "good little soldiers” did not drop the weapons in front of the walls of Shanghai GCT on April 30: Marco Kutscher (SOFT'UP PRO) triumphed, and as the tradition dictates, sprayed champagne all over Marc Houtzager (SOFT'UP PRO) 3rd on the podium; Enrik Von Eckerman (SOFT'UP PRO), Olivier Philippaerts (SOFT'UP PRO) and Simon Delestre were ranked 7th, 9th and 10th!