Analysis and shock absorption of the freejump single branch stirrups 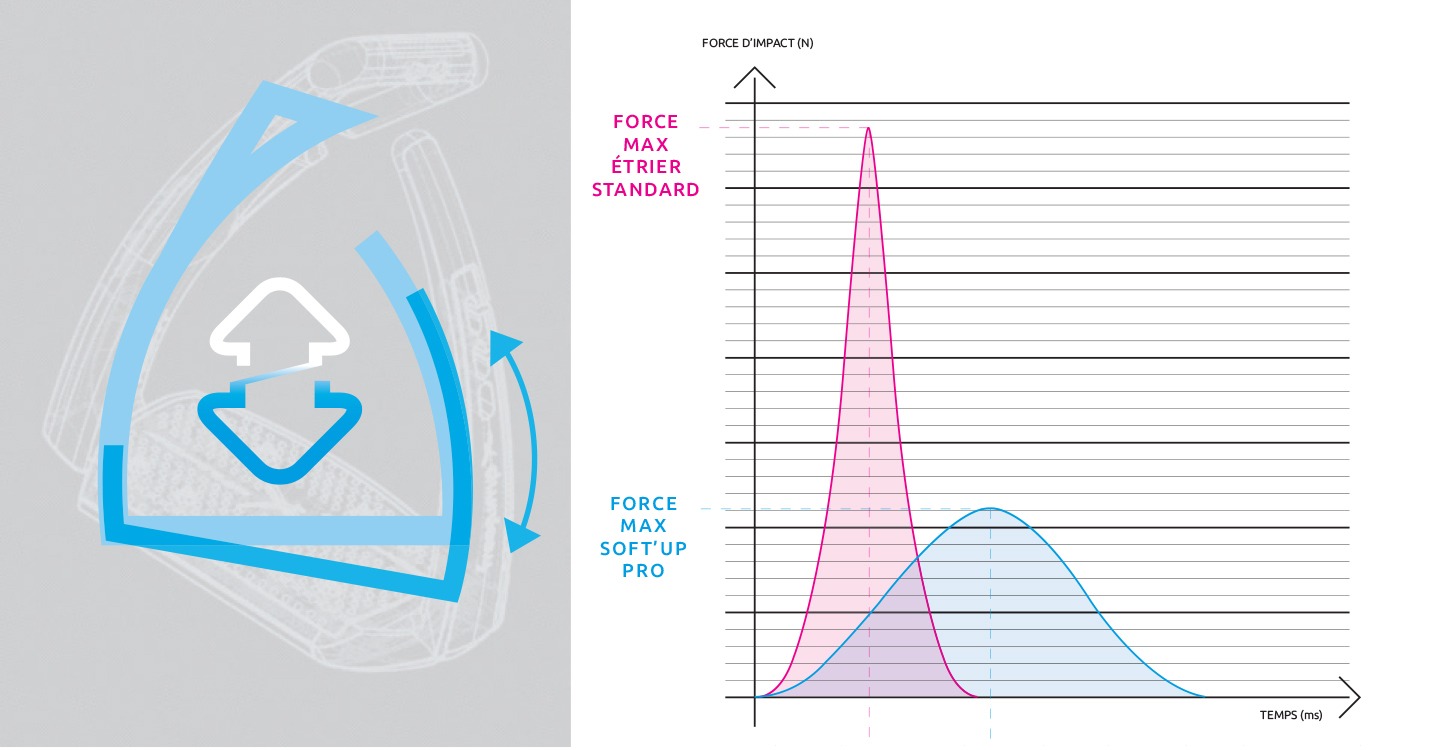 The single-branch spring steel design acts like a suspension. Over a year, the stirrup of a rider who regularly rides one horse is subject to 230,000 joules*, the equivalent of a car crash test **.

The SOFT'UP PRO stirrup allows the impact that is applied to be reduced by two-thirds compared to an aluminium stirrup or a traditional steel stirrup, representing a corresponding reduction to 76,000 tonnes*** over a year.

According to our hypotheses*, the horse – when undertaking 'light' work – receives an amount of energy comparable to 2 car crash tests**. The rider optimises the absorption of the resultant impact by adapting their dynamic behaviour using the means available to them: seat, joints and the suppleness of their ligaments and muscles. The use of FREEJUMP's single- branch stirrup allows this activity to be supported by reducing the impact by two- thirds, a cumulative reduction to 76,000 tonnes per year for a pair of SOFT'UP PRO stirrups compared to 228,000 tonnes per year for a pair of traditional stirrups.

*Hypothesis based on a rider weighing 65 kg riding their horse for 1 hour, 5 times per week, with an average of 30 jumps per week.

***Calculation based on trot and medium canter, average height of jumps is 1.10 m. Average force of 250 newtons exerted on one SOFT'UP PRO stirrup per stride and 500 newtons per landing. Over a year, a traditional stirrup re- ceives the equivalent of 114,000 tonnes, the SOFT'UP PRO stirrup the equivalent of 38,000 tonnes, which represents a reduction of two-thirds. Comparable analysis applies to the single-branch SOFT'UP LITE stirrup.

When you visit a website, it may store or retrieve information on your browser, primarily in the form of cookies. Control your personal cookie services here.